My new poetry chapbook, Songs for Diana, has been released. Take a look at the excerpts; ordering information is here.

Mary Dyer’s Hymn and Other Quaker Poems has also been released. It can be ordered from Amazon here, or if you would like a signed copy, contact the author at stansearl@gmail.com and he will send an inscribed copy for $12. 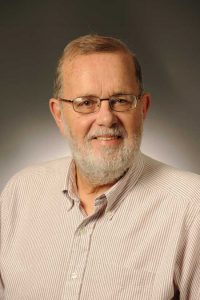 Stanford J. Searl, Jr. is a member of the Santa Monica Monthly Meeting of the Religious Society of Friends (Quakers) and lives in Culver City, California, with his wife, Rebecca Warren Searl, a birthright Quaker from Whittier, California.

Raised from birth by his father’s parents, S. Clyde and Daisy Godfrey Searl at 100 Main Street, Ludlow, Vermont, Searl has a Ph.D. in English from Syracuse University. He has published two books about Quaker silent worship, including Voices from the Silence and The Meanings of Silence in Quaker Worship. He co-edited a book that presented formerly unpublished essays by the intellectual historian, Perry Miller, entitled The Responsibility of Mind in a Civilization of Machines. A second edition of Quaker Poems: The Heart Opened, first published in 2014, will appear shortly. Searl published Homage to the Lady with the Dirty Feet and other Vermont Poems in 2016.

In early 2019, Kelsay Press published Songs for Diana, a poetry chapbook that explores the short life and early death of a severely handicapped child. On the book’s back cover, David Landrey, a former faculty colleague at Buffalo State College who knew Diana, writes: “loved the book and wept.”